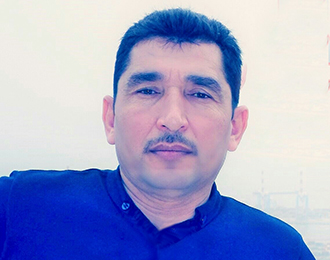 Was in Boysun district of Surkhandarya region. In 1996 he graduated from the Tashkent State Technical University with a degree in geological engineering, hydrogeologist.

During the working period he tried to be fair and behave with his subordinates, demanding precise fulfillment of tasks and discipline, tried to understand the problems of workers, to solve those problems with a high degree of efficiency.